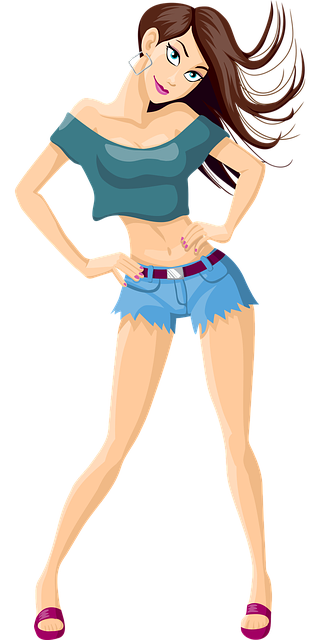 [<– continued from The Grind]

That night, once again I took the bus down 15th and found myself facing that blank, nondescript door and half-empty parking lot. I hesitated, wondering what I was doing. I didn’t even know if he would be there. I forced myself to cross the street, walk up to the door, and open it. As before, Master Walter was manning the vestibule, and when he saw me he smiled.

“Olivia. We’ve been hoping to see you again. Have you decided to join?”

I had a sudden momentary image of Master Walter’s friendly, benevolent, almost fatherly image, holding a flogger and whipping someone. I shook my head and it was gone. He just seemed too huggable and protective.

“Good evening, Master Walter. Thank you for your kind words. I’ve been giving it a lot of thought, and… yes, I’m here to sign up.”

“Excellent. I have everything right here.”

He pulled out a couple forms, release and indemnification, all that sort of thing, and I wrote a check for $100, which gave me a pause. That membership fee included a lot of things, so really it was a bargain, but that was still a lot of money for a girl like me, just getting a career off the ground, to shell out all at once.

“Now, before you ask, yes, Master Nicholas is here tonight. However, at this moment he’s conducting a class on rope-work, and as the class is already in session, it’s too late for you to join in officially, though if you’re at all interested, I highly recommend attending another time. Which, since you’ve already been through orientation, you are now free to sign up for.”

My heart sank just a bit. Of course I hadn’t even bothered to check the club schedule on the website or anything, I just hopped a bus and came on down, thinking it would be like any other nightclub, open for anything every evening. Naturally that wasn’t the case. There was a whole schedule of events, classes, social mixers, and so on. I remembered now there were even specific evenings for various different fetishes, not all of which sounded so appealing to me, but what did I know, I was new.

Master Walter saw my expression, and his smile softened.

“Sweetheart, if you don’t mind waiting, the class will be over in about forty-five minutes. You can sit out here with me, or have a seat in the main common room.”

“I can’t sit in the back and watch the class?”

“That’s at the discretion of the instructor, but as these classes can get intimate, we generally discourage non-participants from being in the room. Since the class is already underway, I don’t want to interrupt them in progress. Come, sit here with an old man who doesn’t have nearly as many opportunities as he would like to share the company of such a lovely young woman as yourself.”

He really was an old teddy bear. He also wasn’t really all that old, just middle-aged, and like all of the Doms I had seen so far, he kept himself pretty fit, which made him seem more youthful than he otherwise might have. I didn’t want to wait outside and take a bus all the way back up to Queen Anne, having made this trip for nothing, so I pulled up a chair and sat beside him.

“Master Walter, somehow I don’t expect you have nearly as much trouble as you let on attracting all the young women you can handle.”

He laughed, completely at his ease, which put me at ease as well. “Come on, let’s go inside and find somewhere more comfortable. I can probably rustle up a soda, if you like.”

“You don’t need to stay here at the door?”

“Why? The class is already in session, the next event is not for some time, so I’m really not expecting anyone. There’s a bell if someone comes in.”

I followed him into the common room, where the Grind had been the prior week, and he went behind the bar and pulled out a pair of sparkling waters. “Will this work?”

He poured them into a pair of glasses and led me over to one of the couches lining the perimeter of the room. We sat comfortably, sipped our waters, and chatted.

Master Walter was so friendly and easy-going that I quickly found myself telling him just about everything about myself. At one point I was sort of aware that I was blabbering on about myself, telling him things that I had only ever told Ashley or Melody before, and deep down I was surprised at how open I was with him. He just listened, his focus entirely on me, giving nods or brief words of encouragement from time to time, and before long he pretty much had my life story.

“My gosh, you must think I’m the worst motor-mouth. I’ve been going on and on. Really, I don’t usually talk about myself this much, in fact I’m a little shocked at how much I’ve told you. Do you do this with all the new members?”

He smiled, his eye twinkling. “Only the ones who need it.”

My jaw must have dropped a little, because he laughed then and took my hand in his. His skin was warm to the touch, and I felt oddly comforted by the gesture. “Am I that bad, then?”

“No, Olivia, you’re just fine. You just needed to get a few things off your chest, and I’m more than happy to listen any time you want to talk. How do you feel now?”

“Better. Almost like therapy.” Now I laughed. “So what’s your hourly rate? How much do I owe you?”

He grinned. “It’s normally two-hundred ninety-five dollars an hour, but for you, my dear, you get the special rate.” He laughed again at my expression.

“Practicing over thirty years. You didn’t think I made my living as doorman for a kink club, did you?”

I giggled. “Why, how much does sitting at the door here pay?”

“Nothing. I do it because I enjoy giving back to the community that has done me so well over the years. Oh, and Mistress Catherine cuts me a deal on the membership fee, but that’s hardly the reason, is it? No, this place and these people have helped me find my own peace in life, and that’s worth more than a few hours of my time every now and then. Really, most of the staff here are volunteers. Your Master Nicholas, for instance, keeps the books and such for the club because he’s an accountant by trade, would you believe it? Master John, the bartender for social events, owns a few restaurants around town. Me, I’m good at reading people. Trust me, in a club of this nature, that’s an important skill.”

I looked at him in a new light, while he just held my hand, sitting there smiling in his good-natured way.

“So what’s my special rate for counseling?”

“First time is complimentary, my dear; it’s on the house. Next time… shall we say, one kiss per hour?”

My turn to laugh again. In a flash, I leaned over and kissed him on the cheek, which clearly surprised him.

“Consider it a downpayment,” I said.

At that moment, the door to the next room through, where the orientation had been held, opened up, and about a dozen people came out. A couple of them, female, seemed to be glowing just a bit more than the others and walking in a slight daze. Master Walter caught the direction of my gaze.

“They will have been the ones who volunteered as models for the class. It can be a heady thing. They’ll likely be needing some water now, so if you’ll excuse me…”

So saying, he stood up, then handed me up out of the couch beside him.

“It’s been a delightful conversation, Olivia, and I look forward to our next one.”

He headed off toward the bar, guiding the dreamy-eyed models along as he did so. I felt a hand descend upon my shoulder.

I spun around, looking up into Master Nicholas’s face. His eyes twinkled mischievously, his mouth upturned at the corners in a faint smile. My heart did a little flutter in my chest, and for a moment I was speechless, standing again in his presence.

“Will it always render you so silent, to see me? Perhaps we won’t need gags, after all.”

My jaw dropped, and I think a slight strangled sound came out. He grinned and took my hand.

“I am very glad you decided to return. I didn’t think I’d frightened you off, but I admit I was not absolutely certain what you were going to do. You and Ashley seemed so close, and when she returned alone…”

[Continue on to Safewords and Spankings –>]

1 thought on “Return to the Club”